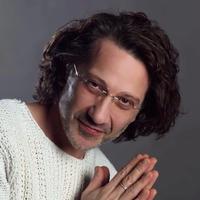 Valerian Shiukashvili started taking piano lessons at the age of twelve at the Tbilisi Shortly after this, he performed Mozart’s Piano Concerto N.23 with an orchestra. This appearance was highly acclaimed by music critics. Mr. Shiukashvili believes that anyone who chooses to be a musician at the later age is more conscious about his/her decision and makes full effort to achieve the goal.

In 1992, Valerian became a winner of the All Union Competition in Russia, which brought him one year invitation to study at Moscow School - Studio “Young Talents”. After a year he was accepted to the Moscow Central Music School.At the time, among his teachers, besides DarejanTsintsadze and Nina Makarova, are Alexei Nasedkin, Evgeny Malinin, Naum Shterkman, Lili Prilipko.

SInce 1993, as a laureate of the International Charitable Program “New Names”, Mr. Shiukashvili has been representing this fund in various Concerts where He has performed for Pope John Paul II, Margaret Thatcher, Boris Yeltsin, George Bush, His name was added in gold letters to the book of the stars of the XXI Century.

In 1997, Valerian graduated from Moscow Central Music School and was accepted without entrance examinations to the Tbilisi State Conservatory in the class of the renowned Georgian composer and pianist – NodarGabunia. Mr. Shiukashvili is a winner of many International Piano Competitions.

In 2000, after the death of Nodar Gabunia, Valerian continued his studies in the class of the professor Nana Khubutia. He graduated Master’s and Postgraduate degrees with honors.

Mr. Shiukashvili founded his first National Competition at the age of 24, which he named after his beloved professor Nodar Gabunia. In 2013, the Competition was given an International status.

Valerian Shiukashvili is often invited to be a jury member of many prestigious International Competitions and Festivals. He often gives masterclasses to young musicians. Valerian has 16 CD albums recorded on various record labels. In 2010, as a director of Georgian Art Academy, he established national and international music festivals in different regions of Georgia. He deeply cares about the professional growth of young musicians. He is also actively involved in Charity Events worldwide.

In 2015, Valerian Shiukashvili became a board member of the Federation of International Competitions and Festivals. The same year, Georgian University invited him to be a director of Georgian Academy of Music.

Valerian Shiukashvili participated in many international music festivals and competitions. In 2010 Shiukashvili performed in a concert for children with limited abilities. He serves as a jury member for various National and International piano competitions and festivals. He also gives master classes. Valerian Shiukashvili had performances as a soloist and also with orchestras in Georgia, Russia, Italy, Poland, Ukraine, Germany, China, Holland, France, Grees, Turkey, England, Switzerland, Japan, Israel and other countries. He is a Laureate of the International Charitable Program “New Names" Founder and General Director of Nodar Gabunia National Piano Competition. Vice-president of European Piano Teachers Association in Georgia (EPTA-Georgia). General Director of Art Academy Georgia. He has TV, Radio and CD recordings.